There are several famous, iconic beaches reachable from Phuket. The most well known is Maya Bay at Koh Phi Phi Le from Leonardo Dicaprio’s 2000 cult movie: The Beach. This trip usually includes a stop at Monkey Beach and a snorkel. The second most well known is James Bond Island from Man with the Golden Gun. This trip often includes kayaking through local caves into hidden coves. 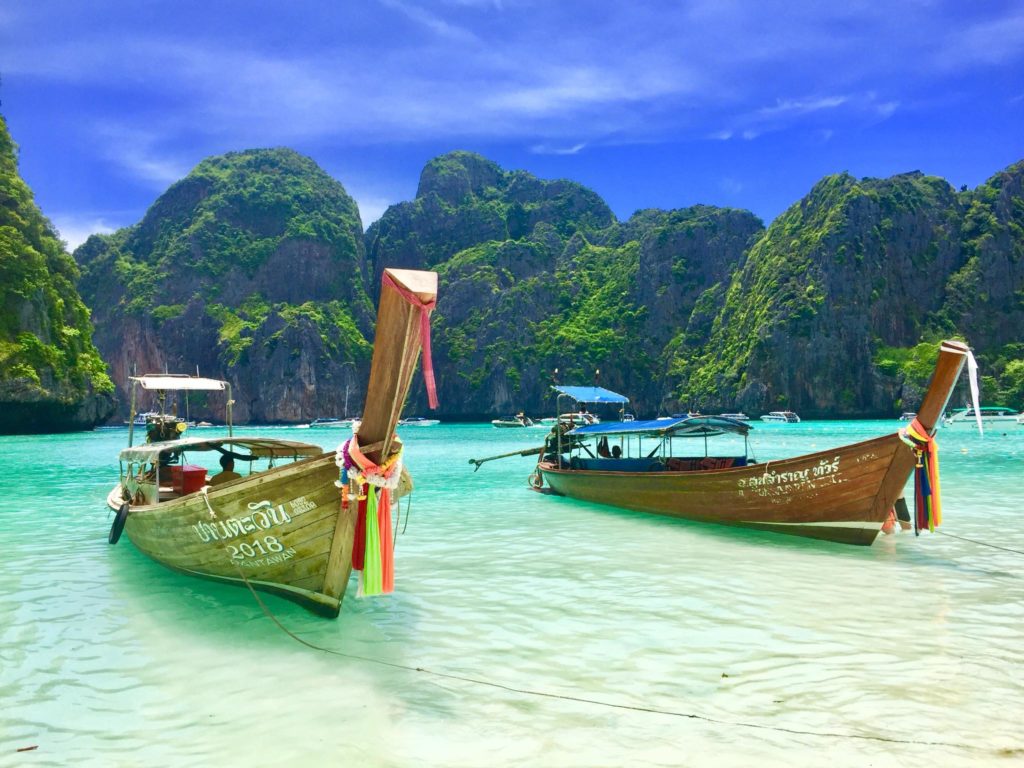 Maya Bay at Koh Phi Phi Le is the idyllic beach from the movie: The Beach. It is even more spectacular in person then it is in the movie with crystal clear water, white sand beaches, deep green cliffs and bright blue skies. The only drawback is the other tourists as it is not abandoned like it is in the movie. Long boats and speed boats are continually bringing in more groups of people, landing on the beach. There is not much to this island, you can walk a path to the restrooms in the middle of the island and wander all the way to the other side. It’s mostly a cove surrounded by cliffs. There is also Phi Phi Don which is where the Phi Phi Island hotels and restaurants are. 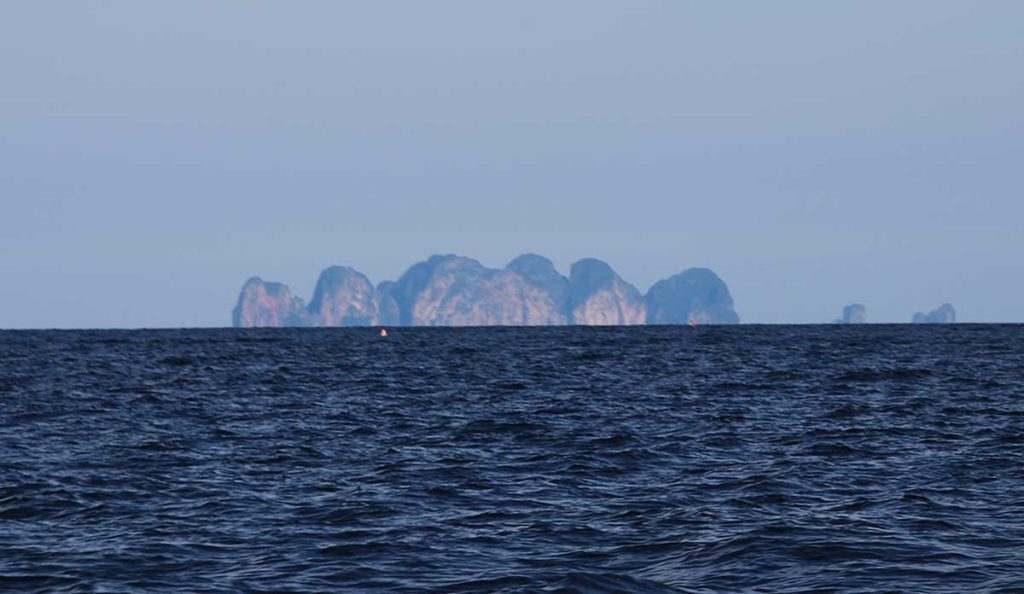 Sailing away, Koh Phi Phi Le in the distance 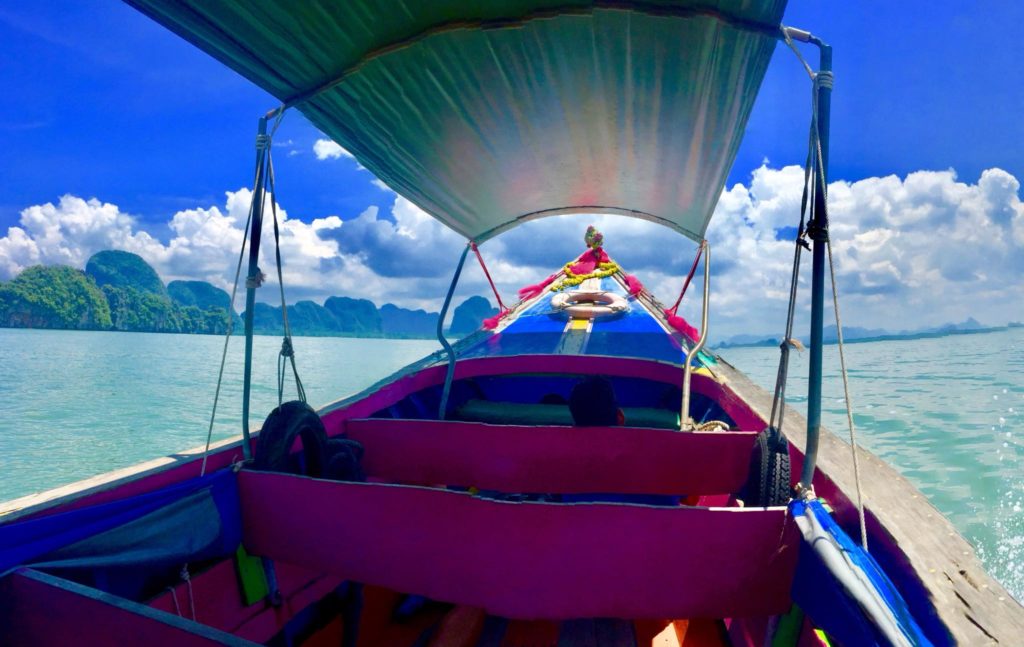 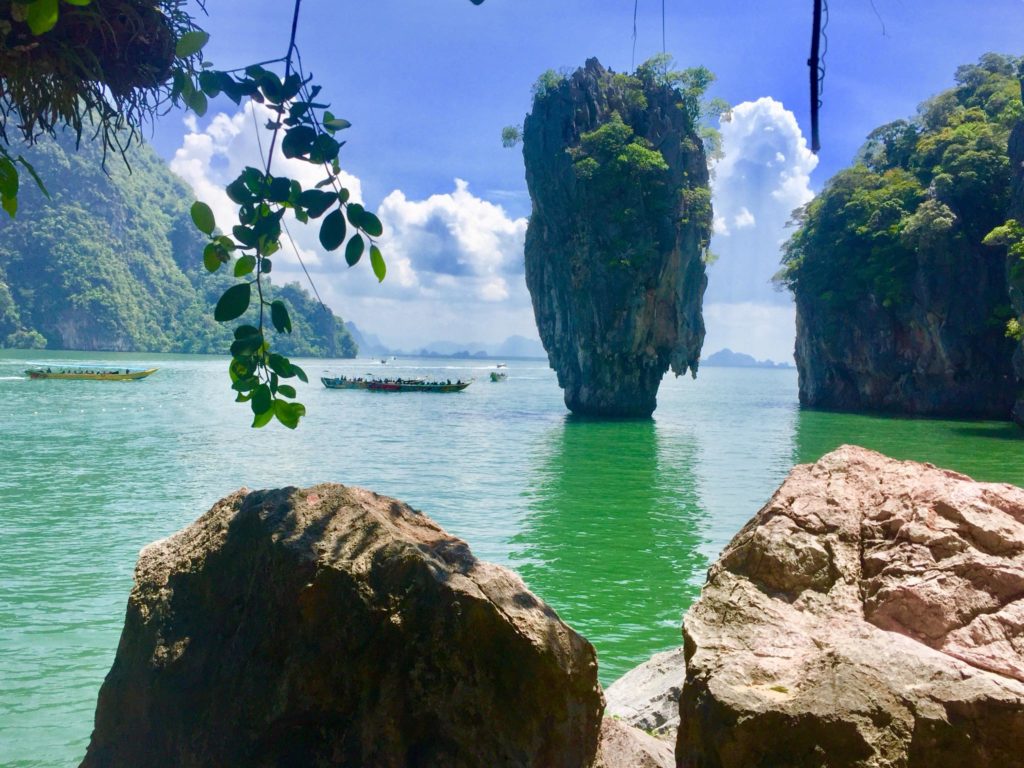 Phang Nga Island or James Bond Island from the Man with the Golden Gun.

James Bond Island is a famous limestone vertical cliff used in the movie. It is in a cove of another small island entirely set up around tourism to this spot. There are many huts selling souvenirs. Surrounding these island there are over 400 other islands, rising out of the sea in unusual shapes. The boat ride here is spectacular. 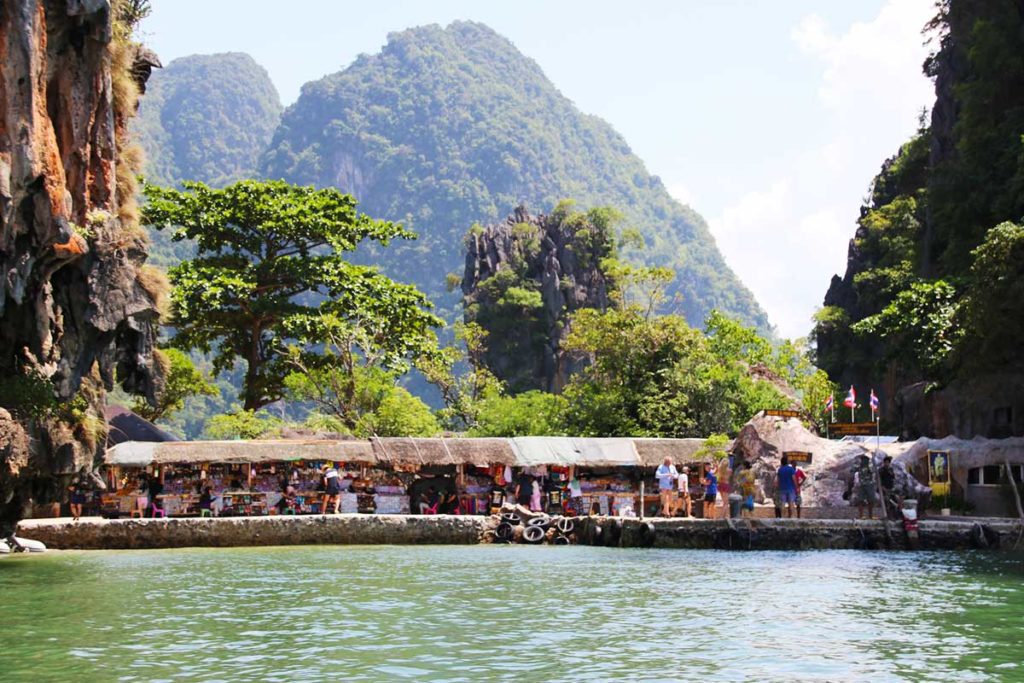 Approaching Phang Nga by sea you can see the souvenir huts with the iconic rock formation in the middle of the photo. These huts are run by local Muslim women from nearby island villages. 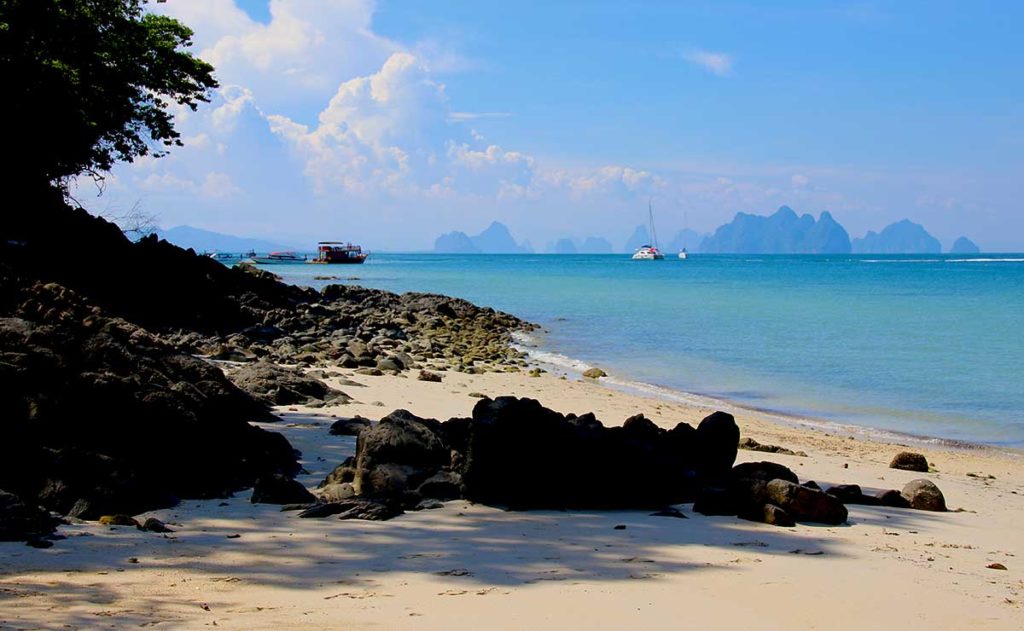 A view from Bamboo Island Beach of the many rocky islands near Phang Nga Bay. 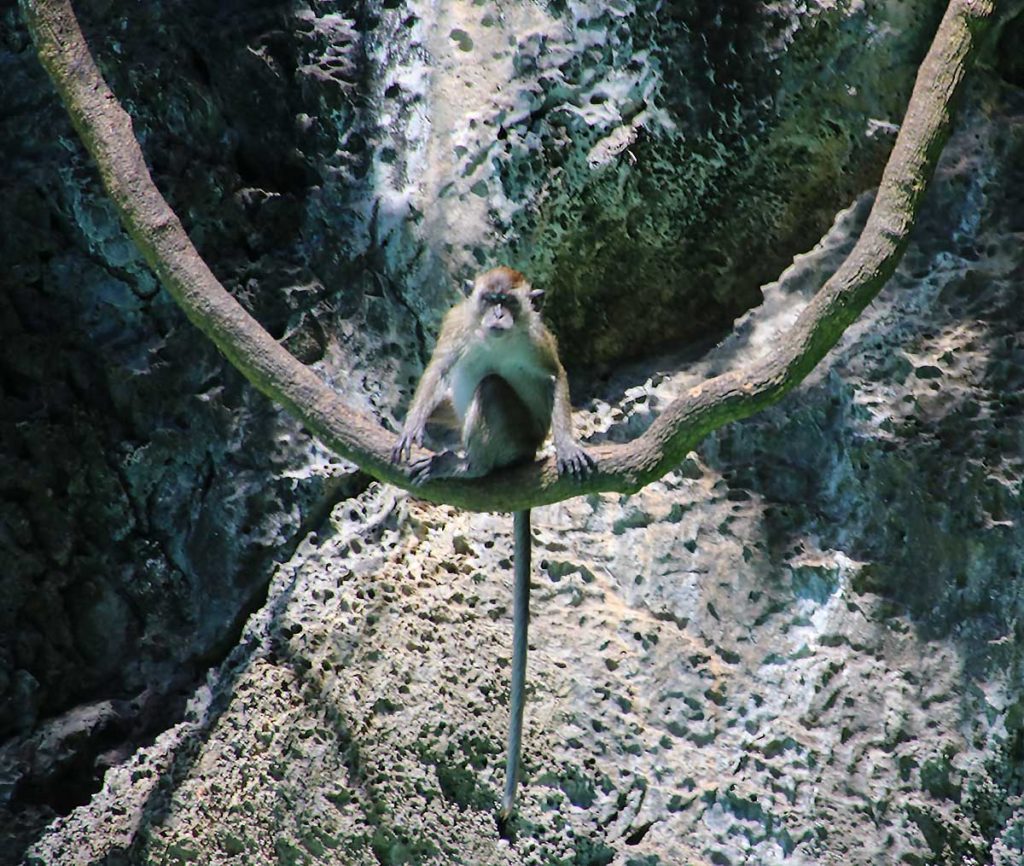 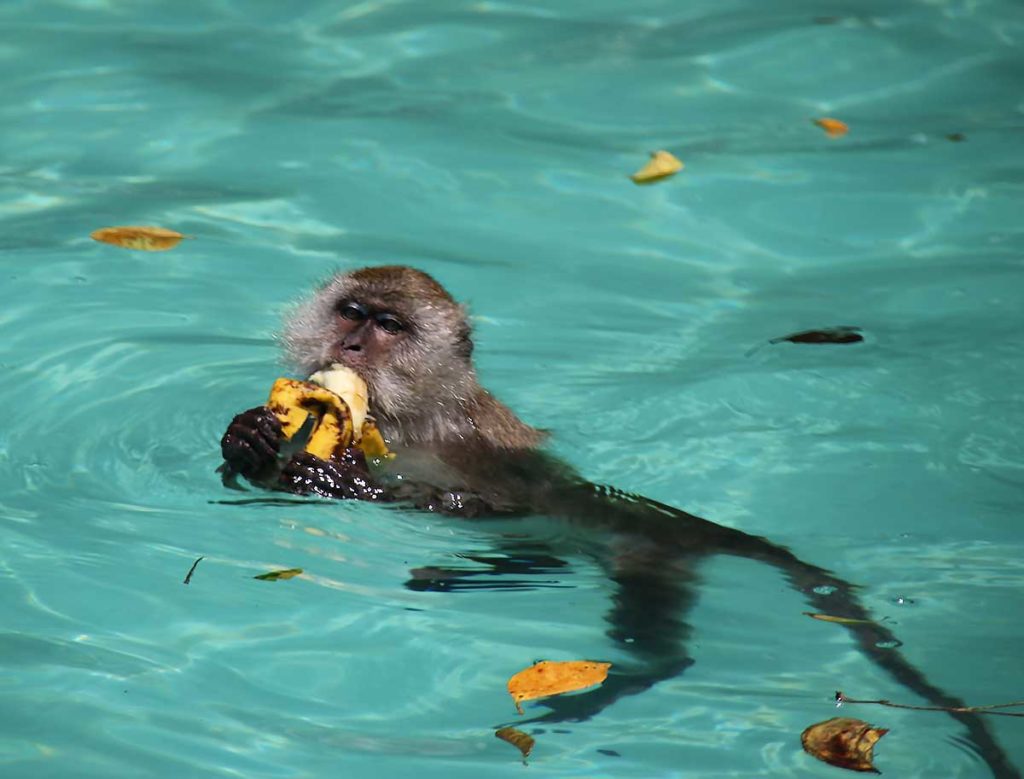 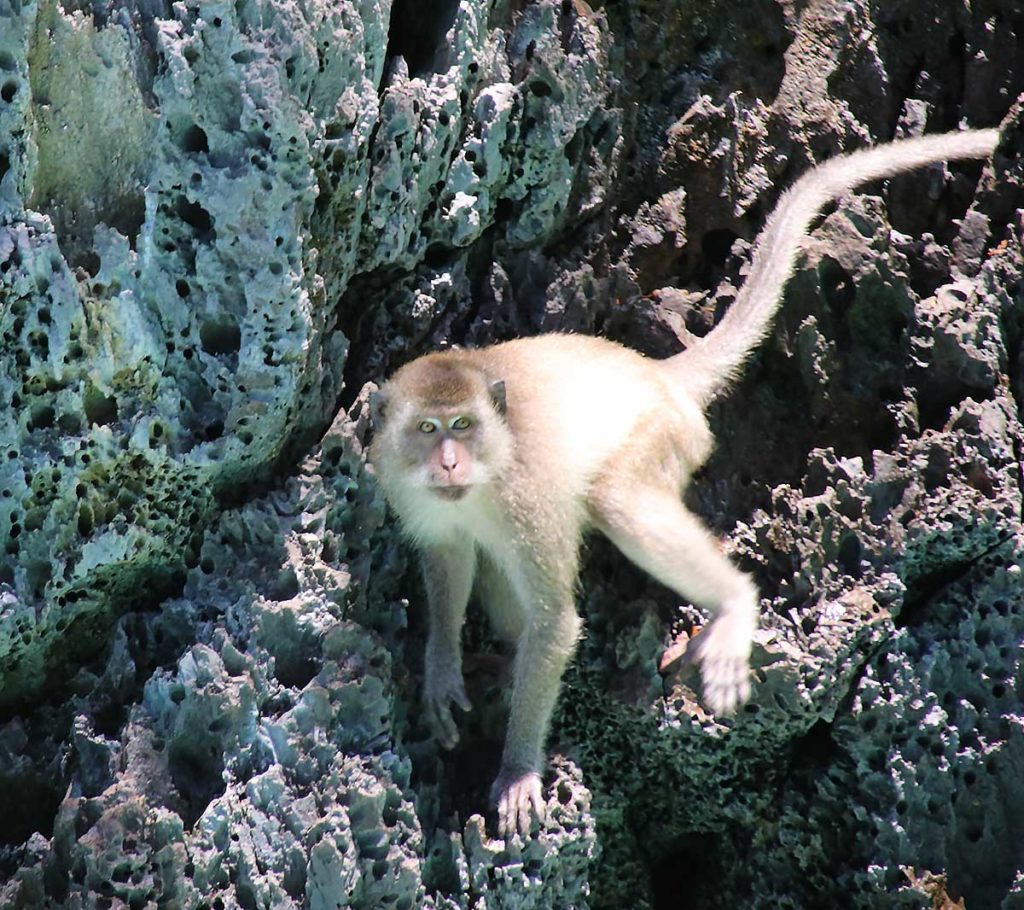 Monkey Beach is an isolated area in the Phi Phi Islands and it’s a location where tourist boats stop to see the Long Tailed Macaques that inhabit the area. If you actually stop the monkeys have been known to steal items or bite, so many boats pull up alongside the rocks and the tourists throw bananas. The monkeys scale down the limestone cliffs to get the food. 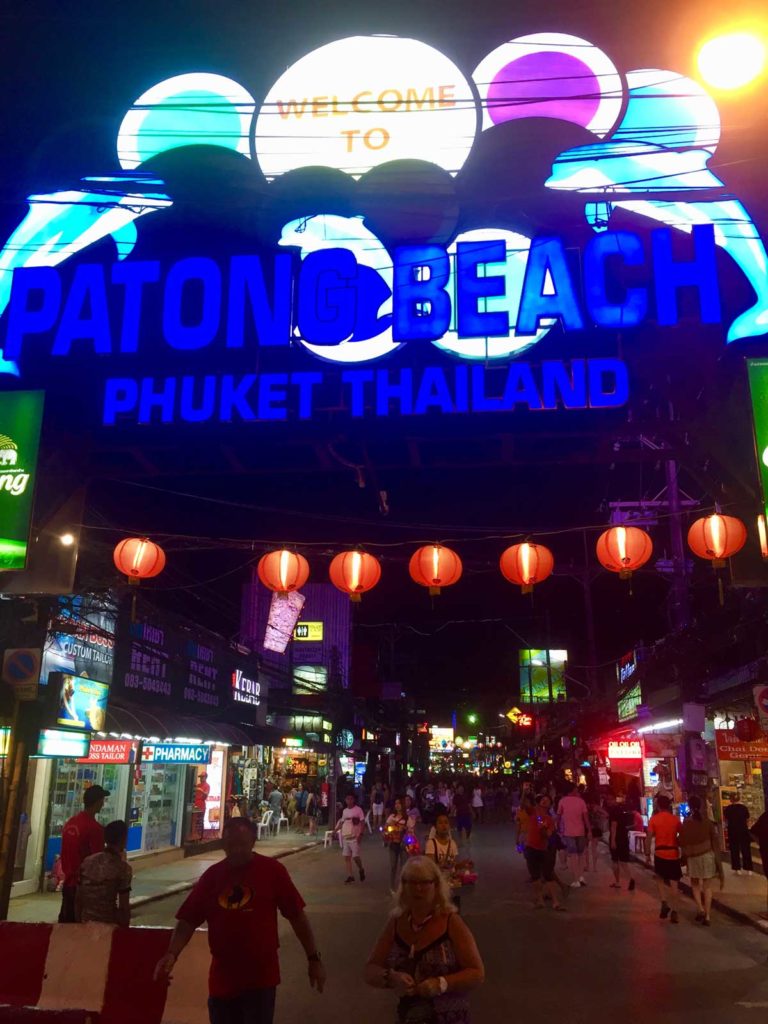 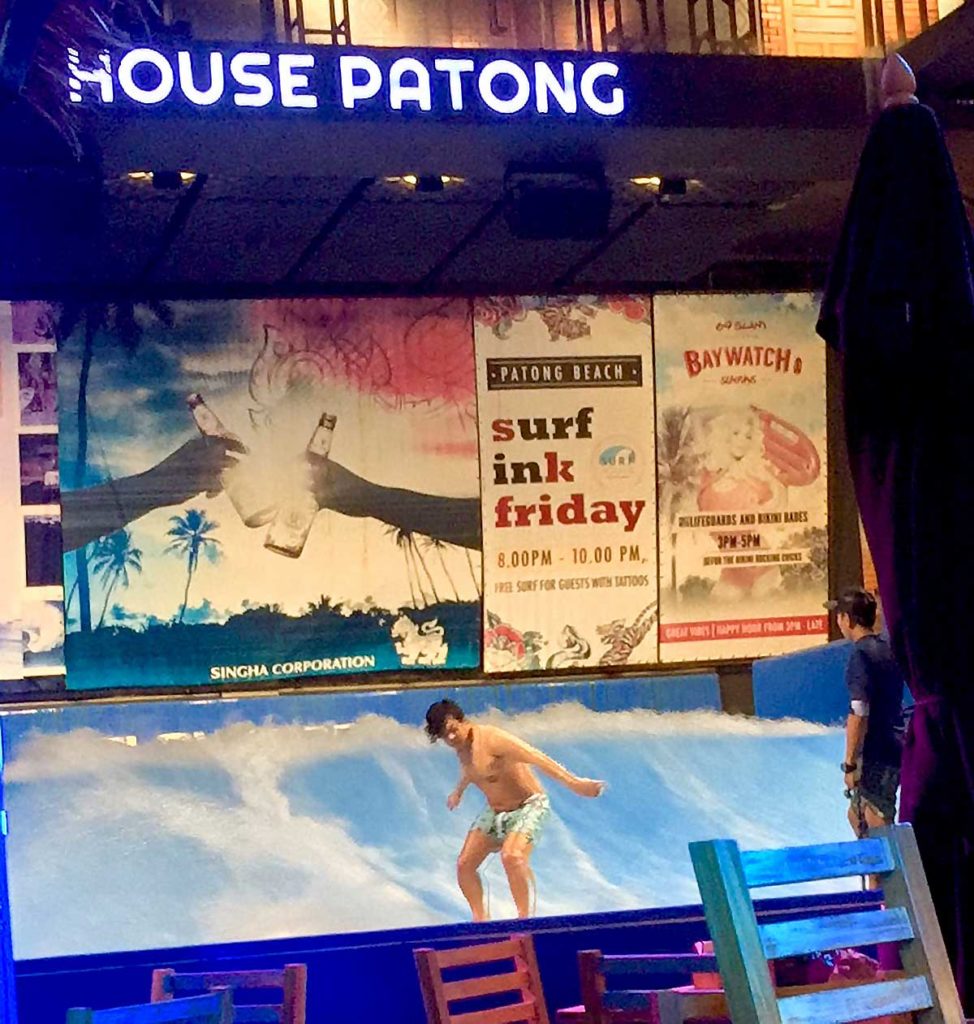 Patong is a major tourist beach with many restaurants, shopping and a thriving red light district. In red light districts you might encounter “sexpats.” These are older western men, usually with white hair and protruding stomachs, whose romantic prospects may not be that great at home but who’ve managed to attract young Thai women. There are also some disturbing sex shows. This is a phenomenon all over Thailand that must be seen to be believed. Many prefer to watch the sunset over the beach at cliffside restaurants near their hotels. 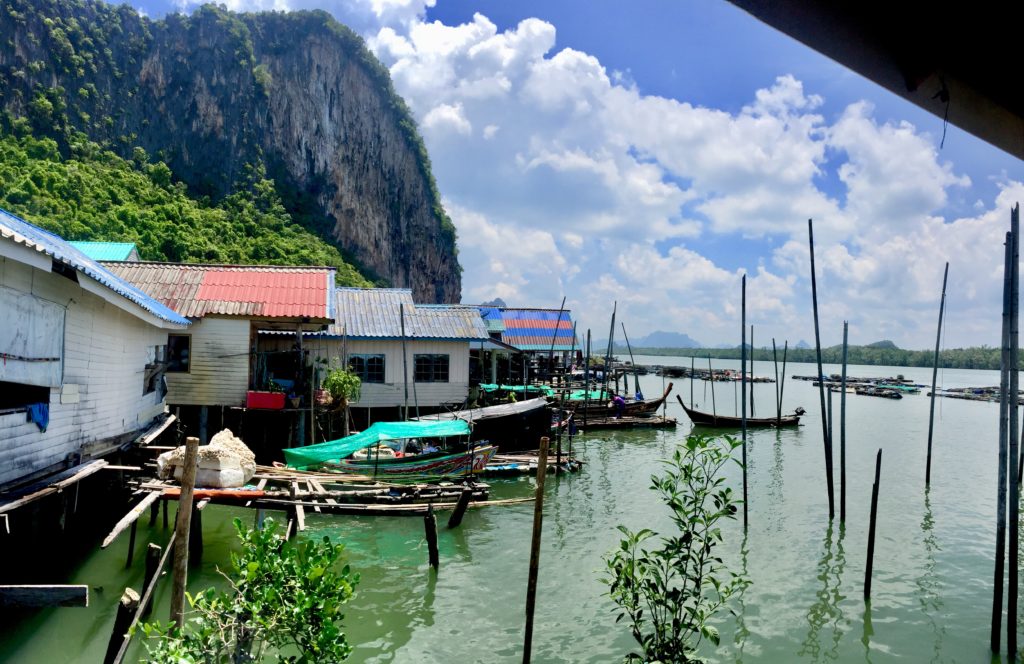 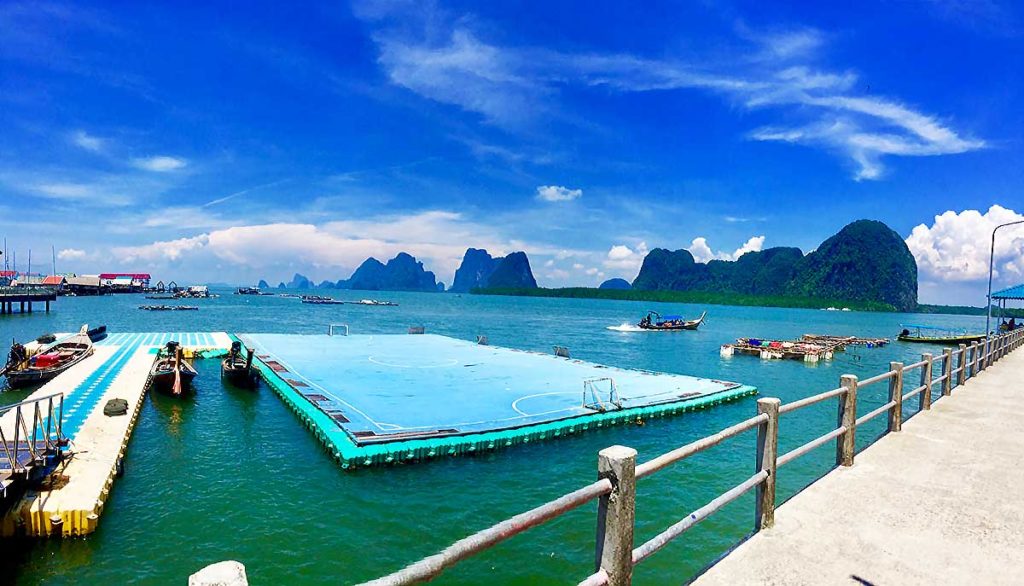 This stilted village is set against a towering cliff on the ocean. Most tour companies include a stop here where you can see the floating sports field, the local market and the mosque. While most floating villages sit on rivers or lakes, this one is on the ocean. It is an amazing sight to see. 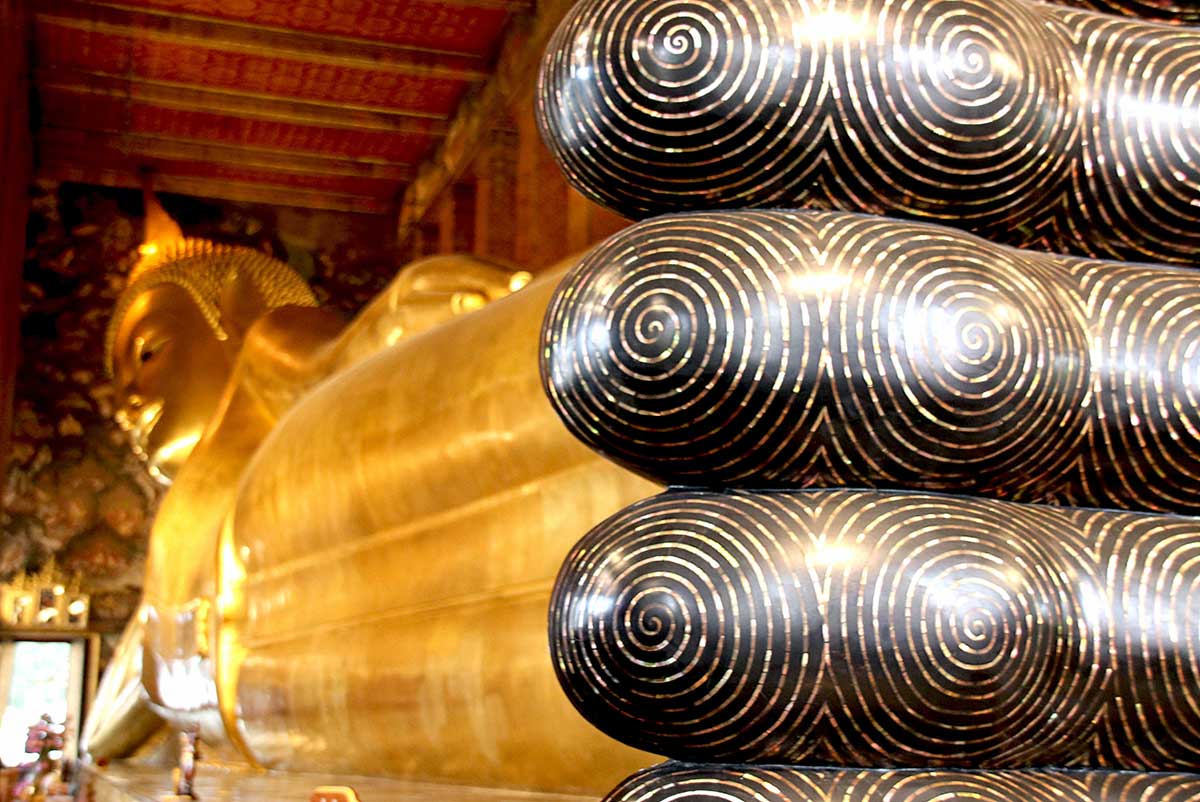 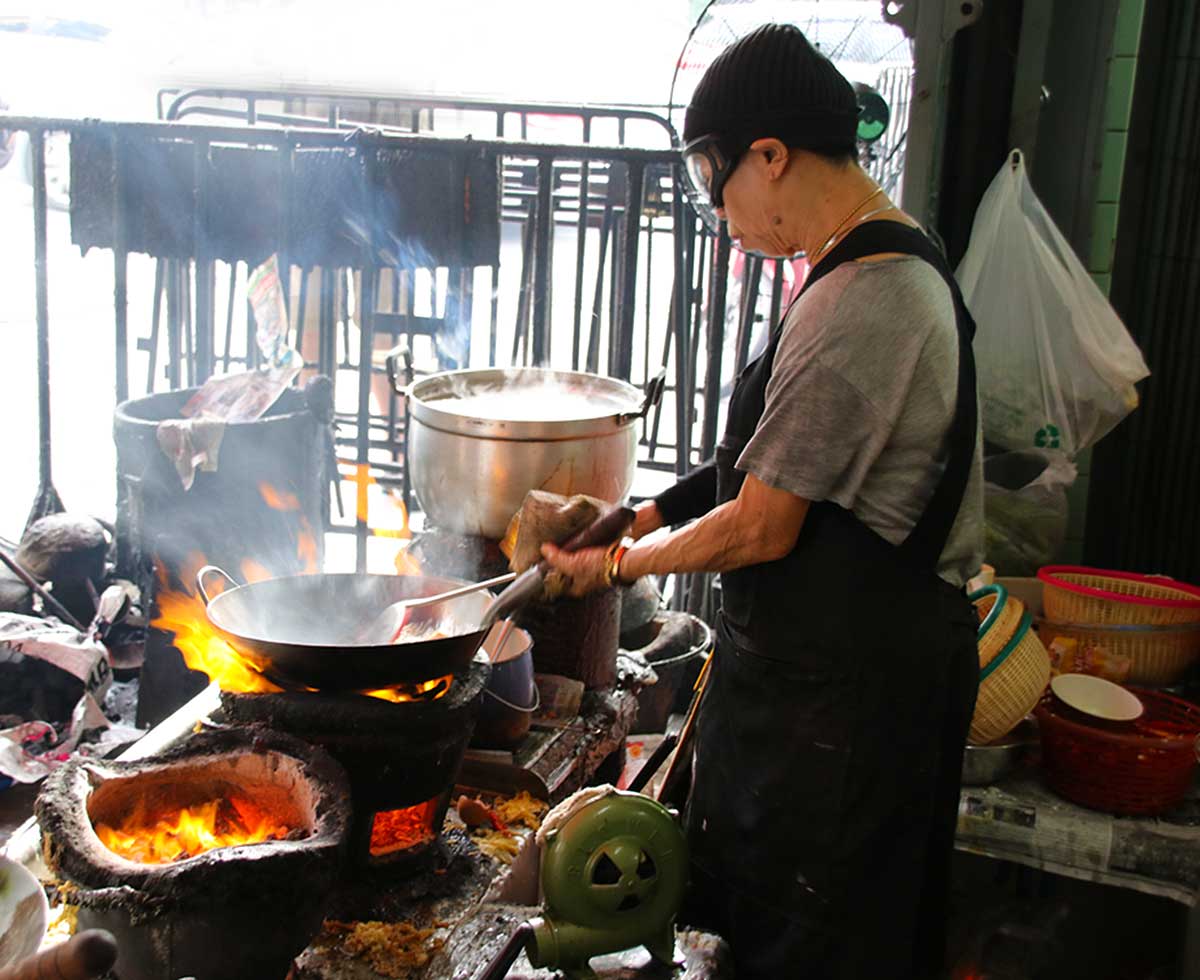